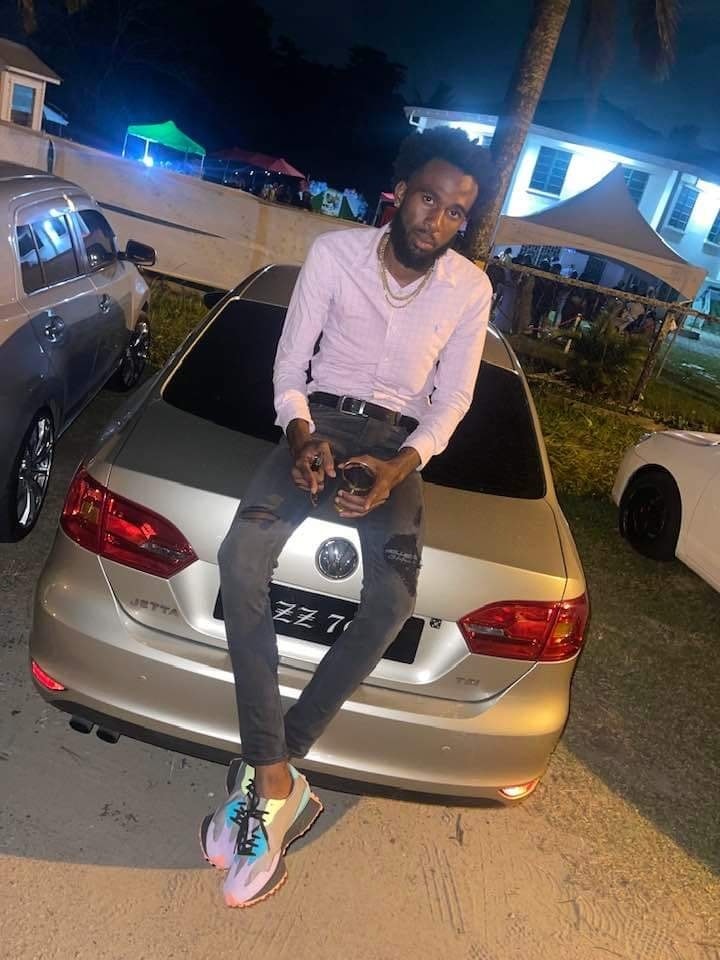 Kristoff DeNobrega, the officer accused of fatally shooting 25-year-old Quindon Bacchus was today remanded to prison after a charge of murder was read to him.
DeNobrega who was not required to plead to the indictable offense of murder appeared virtually before Chief Magistrate Ann McLennan in the Georgetown Magistrates’ Court.
Prosecutor in the matter told the court that on June 10th, DeNobrega shot Bacchus seven times. According to the prosecutor, during the post-mortem five of the seven bullets were retrieved from Bacchus’ back.
Further, the prosecutor told the court that there was no evidence that Bacchus opened fire on the ranks. This the prosecutor said was because the gun which Bacchus allegedly had in his possession was not in working condition.
In both versions of the statements released by the communications department of the force, Bacchus had shot at ranks who returned fire. DeNobrega will return to court on July 19th.
Additionally, two other officers who were a part of the operations were also remanded to prison.
Lance Corporal Thurston Simon and Sergeant Dameion McLennon were slapped with attempting to obstruct the course of justice and conduct prejudicial to good order and discipline.
Lance Corporal Simon, according to the prosecutor, attempted to obstruct the course of justice by providing false statements concerning the killing of Bacchus. His statements, according to the prosecutor, were found to be inconsistent during the investigation and were believed to be an attempt at covering up the truth.
However, his attorney, Everton Lammey told the court that his client, Simon, was threatened by senior ranks of the Special Branch of the force that he should not reveal certain information about the shooting which he followed.
Sergeant McLennon was charged with conduct prejudicial to good order and discipline. He too is accused of providing false information to investigators.
The prosecutor told the court that McLennon was not truthful when he told investigators that he did not fire his weapon. Ballistics tests and spent shells recovered at the scene indicated that his weapon had been fired.
Both Simon and McLennon will make their next court appearance on July 12th.
The three appeared in court one week after residents held a protest on the East Coast of Demerara demanding justice for the Bacchus. Family members and residents said they were concerned about the length of time the authorities were taking in bringing charges against those involved.
Further, on Sunday the Chair of the Police Complaints Authority recommended that the three be charged. A day later, the DPP advised on the charges to be filed against the police officers.